This photo I called it “Java in Java”.

In my childhood, the first interesting mobile I used was “LG L342i” which was released in 2005, first mobile I tried that has the ability of accessing internet but it wasn’t work with Egyptian networks operators,  I liked LG brand and I were impressed by this mobile functionalities and its games (GAMELOFT, Golf, UNO, Pool, and other few interesting puzzles games) there was a splash screen in each game that has a special Java logo intro and a wonderful loading animation which makes me interested about Java and what is this name refers to? Is Java a very big game that contains all other mobile games or is it a big mobile application?

I decided to go to internet coffee and instead of playing Command & Conquer, Max Payne, GTA and other games as usual.. I decided to search for Java, on that day I read for the first time about something called programming and knew more about Java history and the reason for naming Java with that name.. and I found that there is some real Island in another country called Java!

I wished that one day I would visit this Island and try 3 things there:
Try drinks, especially coffee.
Play Java games.
Search for Java books.

After about 14 years I managed to visit Java Island(Central and West), and tried the 3 things and remembered all my childhood memories.

The Java programming language project was initiated in June 1991. Java was originally designed for interactive television.

The language was initially called Oak after an oak tree that stood outside Gosling’s office. Later the project went by the name Green and was finally renamed Java, from Java coffee, the coffee from Indonesia.

I created a Python script that reads composer.json file and loop over its required and required-dev packages and install each package individually then run migration command and check if everything is working fine or not!

This script will helps to detect and find which exactly package that cause this conflict.

Plus I unify infrastructure cloud architecture env (AWS) and Git pipelines (BitBucket) container images to use most updated versions.

This month’s challenge is dedicated to the memory of Frances Allen, who passed away in August. Among her many accomplishments is the invention of the control-flow graph, in her 1970 paper “Control flow analysis“

Thanks! This indeed computes the GCD, but the requirement on the number of paths is not fulfilled.

If you think that the curved monitor is simply made by bending the two sides of the screen inward, then you are mistaken. As mentioned earlier, the curved monitors have a bending angle. Not all curved monitors are created equal. If the curvature is not big enough, there won’t be any difference from using a regular flat monitor. But if the magnitude of bending gets too large, the image displayed will be deformed and distorted.

Curved monitors have different levels of curvature which are rated at values such as 1500R, 1800R, 3000R, or 4000R. For a better understanding of the nomenclatures values, the number refers to the curved monitor radius in millimeters and the R stands for radius (for example a 1500R monitor refers to a monitor with a radius of 1500 millimeters). The smaller the number, the greater the curvature.

So what is the optimal curvature, you may ask? Well, since the human eye has a range of about 1000R, a curvature rate that is closer to 1000R will be better. Until now, the latest curvature has reached 1500R, which is more in line with the human eye than the 1800R. For the most immersive gaming experience, we recommend a Native 1500R curved display.

Note: in case you want to invalidate specific files or paths, you should define that in PATHS: <string>

Attempt to study and detect an undiscovered primes pattern!

Use case:
You are using Amazon Web Service(AWS) Elastic Beanstalk to handle your deployment process via some git version control pipelines and there is a step that needs to run after your code has been deployed successfully.

There are a lot of solutions that can be used e.g CloudWatch, Lambda Function,.. etc. but I decided to invent my own solution that is easy, interesting and will cost 0$ :))

Idea:
Use a unique value on pipeline level (e.g pipeline build number) and add it to new code before upload it to server then call some endpoint or file to check this value. while this value does not equal out the new unique value in the pipeline then the deployment not finished yet and we should wait!

How to add new value to new code?
– we will create special endpoint or file in our project
– in the pipeline before upload new code to server change value of this file eg. deploy_version.txt or endpoint {api_link}/current_version
e.g: set some variable value with a new unique value. (you can do that using e.g sed Unix-like command)

we have a static endpoint that returns JSON result with the value of currentVersion variable that placed in e.g `version.js`

How to validate deployment progress?

create a bash script that will send curl request to that endpoint to validate if current version from the endpoint(currently deployed code) is equal to new unique pipeline value or not.

how can this bash script look like? email me for more details(khaledalam.net@gmail.com)

CoolProfilePic app helps users to change their social media profile pictures automatically based on settings that they will choose such as new photo category and the changing frequency!

Email me for the source code: khaledalam.net@gmail.com

The idea of automate changing facebook, twitter github, etc.. profile picture came to my mind few days ago, I decided to build this self project from A to Z using some new strategy and stack as a proof of concept of some things that I want to proof personally by myself.

Current demo is version 1 of the app 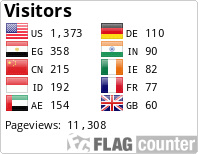 Hire me on Freelancer.com